We’re reached mid-Lent. The end is in sight, a few short weeks away, and that coffee or dessert or whatever it is you gave up is almost in your hands. Easter and the joy it brings are only twenty-one days away.

The middle Sunday in Lent is called Laetare, from the first word of the processional antiphon: Rejoice. Both the antiphon and the appointed psalm (“I rejoiced when they said unto me…”) call the entire Church to briefly take a break from the Lenten fast. In the old one-year lectionary the Gospel assigned for the day focused on the Feeding of the 5,000 in St. John, and we get a day to really feast.

Traditionally, parishes would not decorate with flowers during the Lent, and the organ would only be used to accompany congregational singing (as compared to playing pre- and postludes). Lent is, after all, a season of simplicity. But Laetare is a brief return to the ordinary way of things, almost as if the Church has come up for air halfway through its forty days in the wilderness.

It’s almost as though things have returned to normal for a week. 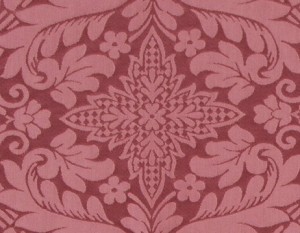 The Gloria in Excelsis is still conspicuously absent, and this is also one of the two days in which the vestments are rose. On Gaudete (the third Sunday in Advent) and Laetare, the purple vestments of Advent* and Lent are interrupted by a a burst of pink, as though the purple starts to give way to the brilliant white of Christmas and Easter. Things are almost back to normal. But only almost. We haven’t arrived at the joyous feast quite yet.

While all Sundays are feast days and a time to relax from Lenten fasting, Laetare is a day to really go all out. It’s also known as “Refreshment Sunday.” So go enjoy a hamburger, another cup of coffee, or an extra slice of cake. Whatever it is you’ve given up for Lent, go out of your way to enjoy it. Refresh yourself, and then take a deep breath. We’re going back into the wilderness.

*Yeah, I know, blue has become more popular in many Lutheran and Episcopal parishes during Advent. And I should also probably point out that many parishes don’t actually own rose vestments and paraments; it’s a big investment for just two days of the year.