A Homily for the Sixth Sunday after Pentecost

Grace to you and peace from God our Father and Christ Jesus our Lord, who made himself poor that we might become rich. Amen.

Our society is a little bit obsessed with money, isn’t it?

I know, this isn’t exactly a groundbreaking claim, but consider the old show, Life Styles of the Rich and Famous, or if you’re my age, its spiritual successor, MTV’s Cribs. These programs went out of their way to showcase the opulence of modern celebrities – penthouses, mansions, yachts, cars that cost more than some people could possibly hope to earn in a decade. These shows glamorize the life of “champagne wishes and caviar dreams.”

Funny how you never see a show praising the resilience of the working parent who drives a ten-year old minivan or the family that relies on public transportation. 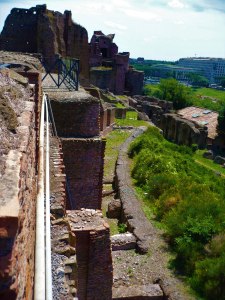 But of course, it’s not just our society – it’s not as though such wealthy extravagance is unique to the past century in the United States. As a kid in Germany, one of my favorite things to do was to tour the magnificent Schloesser of centuries past, the massive palaces that bear witness to the feudal age. And in Rome, that eternal city, you can wander up the Palatine Hill and see the ancient foundations of the Caesars’ estates.

Lest we forget, the Church has not been immune from such greed. From the palatial residences of medieval bishops to modern prosperity preachers boasting a fleet of private jets, our obsession with financial wealth is widespread. Church-wide greed sowed the seeds for the Reformation centuries before Luther. This preoccupation with earthly wealth infected the Church early on: a fourth century Roman aristocrat and pagan high priest once remarked upon the Pope’s life of luxury, “Make me the Bishop of Rome, and I shall become a Christian immediately.”

But, dear ones, “y’all know the generous act of our Lord Jesus Christ, that though he was rich, yet for your sake became poor, so that by his poverty y’all may become rich.”

What does this mean? Is it that Christ gave up a gilded celestial penthouse? That he left behind a treasury overflowing with gold, precious stones, and a Rolex collection? And that those riches will pass on to us? Maybe according to Creflo Dollar or Joel Osteen, but certainly not according to Saint Paul.

It’s likely that Jesus knew financial insecurity, but even that’s not Paul’s focus. No, Paul is building on a theme that we find elsewhere in his writings. In the Epistle to the Philippians, Paul remarks:

…though [Christ] was in the form of God,
[he] did not regard equality with God
as something to be exploited,
but emptied himself,
taking the form of a slave,
being born in human likeness.
And being found in human form,
he humbled himself
and became obedient to the point of death –
even death on a cross.

This is the riches-to-rags story: not that Christ gave up money but gave up everything, emptying himself, impoverishing himself. Jesus of Nazareth, the Son of God and God the Son, stepped out of heavenly glory into this world, marred as it is by sin, greed, and death. And he lived in this world, among sinners and the demon-possessed, among the sick and dying. The God we saw last week through whom all things were made? The God who created the winds and the seas? Who wrote the laws of physics that guide the delicate interplay between astronomic forces and the earth’s atmosphere that in turn creates storms on the Sea of Galilee? That’s the Jesus who climbs into the boat with the disciples, buffeted by the wind and waves; that very God is liable to drown. It’s that very God we see in today’s Gospel, healing power flowing even through his clothing, raising the dead with the mere sound of his voice, but despite this great power, walking among us.

God lived among us, knew our hunger, our pain, our fear, our sorrow. That’s the glory of the Incarnation!

But it’s more than just walking among us. In taking on humanity, the Ever-living God gave up so much more. Christ joins us in the fullness of our humanity: the grave. It is on the cross that we see the depths of God’s love, the depths of Christ’s sacrifice, the extent of his poverty. Humanity, confronted with the Incarnate Word, put him to death.

And yet, in this impoverished state, Christ offers us the riches of God’s mercy: life everlasting. Christ became like us, even unto death, in order that we might become like Christ. That is how we become rich in God.

Writing to the Church in Corinth (and elsewhere in Scripture, to the Christians in Rome and Galatia), Saint Paul invites them to imitate Christ’s example by supporting their impoverished kindred living in Jerusalem. This offering was not merely a financial exchange but a means of emptying themselves, making themselves poor in a manner similar to Christ. Just before today’s text, Paul boasts of the Christians in Macedonia, by no means a wealthy congregation, who begged “earnestly for the privilege of sharing in this ministry to the saints….”

In the late fourth century, there lived a woman we now know as Saint Olympias. She came from a wealthy noble family, and her husband was the prefect of Constantinople, a wealthy and powerful man. When he died suddenly, Olympias was left a childless widow. This was a precarious position. She had little choice: she could remarry or she could live in poverty. Despite the Emperor’s coercion, Olympias opted to be poor, dedicating her life to the service of the Church. She was ordained a deacon, serving alongside the sainted Archbishop John Chrysostom, one of the most gifted preachers in Christian history. Together, they worked to reform the Church in Constantinople and care for the poor. And when the Emperor granted Olympias control of her late husband’s vast estate, when she could have easily followed the example of some bishops and lived a life of luxury, she used her restored wealth to further her service of charitable works, extending her ministry beyond the city into Greece and Syria. Chrysostom wrote that our Lord desires golden souls rather than golden chalices. Saint Olympias lived out that maxim, following Christ’s example of poverty. As a reward for her ministry, she was banished. And as a reward for her ministry, she became rich in Christ.

For us to live like Christ is to become poor in the same way that Jesus did – to step down from our lofty positions and to truly live with the least of these. Our tithes and offerings are not given for us to boast in our own good deeds or our prestige – as if to say, “We’ve been here for a century. Our denomination has lasted half a millennium. Isn’t that special? Aren’t we great? Look at all we do!” but rather a way in which we participate in the ministry of the Church catholic. Our ministry is no mere financial transaction, as though we could some how trade canned food or a few dollars for respect, a sip of wine, or salvation. Rather, it is just one small way in which we live alongside and show God’s love to our neighbors.

Y’all know Macon’s struggles better than I; many of you have lived in this city since long before I was born. You’ve seen its struggles and its triumphs. You’ve seen the poverty that harms so many of our neighbors. And things may very well get worse in the coming weeks and months as budget cuts threaten the resources that so many of our neighbors depend on: libraries, public transit, Meals on Wheels, and public health services.

Our neighbors, our brothers and sisters, are hurting. Many of you may be hurting. And that pain is likely going to get worse before it gets better. Many of our poorest neighbors will rely on the Church’s ministry now more than ever; now is the time for us to keep the shelves of our food pantry overflowing, following Saint Paul’s clear and wise counsel of using whatever present abundance we may have to meet their needs, in order that there might be a fair balance.

Dear ones, we have been made rich in Christ. Through his resurrection, Christ has opened to us the glorious inheritance of life everlasting. And in this, we are being set free to make ourselves poor in the eyes of the world. Like the blessed saints Paul and Olympias, we are free in Christ to set aside our earthly riches, our power, our prestige in order to more fully proclaim the coming Kingdom, to further the ministry of the Church. Rather than luxurious lifestyles of the rich and famous, rather than golden chalices, we have been given life in the cross and a call to craft golden souls. We have the Lord as our never-failing portion, and Christ is sending us out to share that portion with a world in need. Let us put our trust in the Lord, who has given us more than we need, and join in Christ’s ministry of healing a sin-sick world.

Today’s sermon is inspired by a number of sources. First is the life of Saint Olympias, whom I first learned about in Mary Malone’s Women & Christianity Vol. I: The First Thousand Years (Orbis: 2001). You can read more about Olympias here, and you can find Saint John Chrysostom’s letters to her here.

The second is Fred Craddock’s article “The Poverty of Christ: An Investigation of II Corinthians 8:9,” published in the journal Interpretation, vol. 22, no. 2.